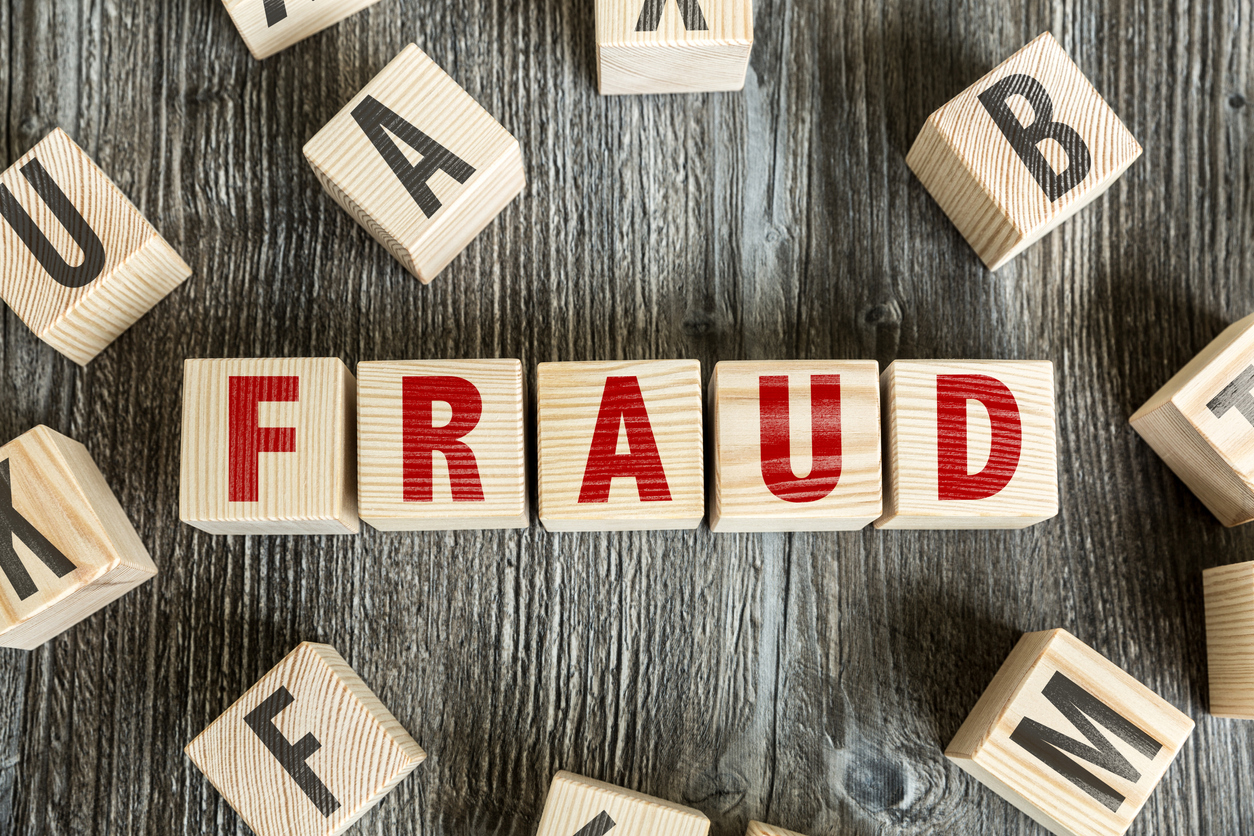 Everyone has experienced that phone call, text or email making some claim that is inevitably aimed at getting you to click a link or provide information to give fraudsters access to your sensitive information. It’s rampant, and there are stories on the news every day about extremely crafty schemes that leave people defrauded, with less money in their bank account and often feeling embarrassed and angry that they fell into the trap.

Fraud hits every industry, and those out to defraud people go to great lengths to concoct sophisticated and effective ploys. While employee benefits program fraud doesn’t make the news as often as the distressing stories of seniors urgently buying gift cards, it’s also rampant and just as criminal an act.

In fact, CLHIA (Canadian Life and Health Insurance Association) states fraud to cost hundreds of millions of dollars per year in losses. Other organizations estimate the number to be in the billions of dollars. Sun Life Financial alone, used their advance anti-fraud tools to detect over $150M since their program launched in 2014. That is a LOT of money that could be going towards paying legitimate claims!

As we’ve written in the past , fraud takes all forms and it occurs at every level of the claiming chain. Plan members, plan administrators, and supplier offices -for example, your dental office- all participate in fraud, sometimes unknowingly!

Technology, while making it much easier to submit claims, also makes it much easier to submit fraudulent claims. Fortunately, it also makes it easier for insurance carriers to put in place systems to help prevent or detect fraud. Part of this process is de-listing service providers, which is essentially saying ‘we will not pay claims for items or services purchased through this particular provider.’

Why do some claim submissions have so many rules and requirements?

As a plan member or plan administrator, you may have come across seemingly arbitrary, finicky rules and regulations when it comes to claims submission requirements.

A common example is with claims for orthotics; when you are attempting to make an honest claim, it can sometimes feel like you have to jump through hoops (doctors note, a certain type of doctor only, pre-authorizations, and a certain method of submitting the claim). It can be very frustrating. It may feel like the insurance carrier implicitly distrusts you, when you’re just trying to be reimbursed for something that is legitimately and honestly required by you and covered under your insurance.

But these rules exist for a reason, and the main reason is fraud prevention, which also means cost containment.
When we advise plan administrators and members that the extra rules and procedures are to prevent fraudulent claims from sliding through, they’re often very surprised to learn that this is a very rampant and costly problem.

Countless times in explaining why the rules are in place, I have had members say “but I would never do that!” And it’s true, most people do not fraudulently claim under their benefits program.

Fraud can be subtle

Most people would not do something as obvious as creating a false receipt on their home computer. But fraud takes a more subtle form; a classic example is getting expensive sunglasses (without any prescription lens) and submitting them as an eye glass claim to obtain reimbursement. Vision Care providers can be complicit in this activity, providing receipts that falsely state the item purchased to be prescription eyewear.

Another example is submitting your receipt to more than one insurance carrier for reimbursement (for example, to your own plan, and to your spouse’s plan). There is a certain level of self-reporting and honesty that is required when someone is insured under two plans. While most people act honestly, and understand that they should only be reimbursed up to what they paid, others take advantage of the honour system that may be in place: this is fraud.

Many people have the impression that insurance companies are making huge profits, and that the few hundred dollars they received for a not-fully-legitimate claim could not possibly have a financial impact. But the fact is that these dollars add up, and as we’ve stated, the amounts are staggering. While there is a certain segment that is conducted in a systemic way by organized groups, another segment is simply people acting as individuals.

But it does matter, and not just because it cuts into the insurance carrier profits. In actuality, for Canadian insurance carriers providing group benefits, the profits are typically quite small (as a percentage) on a benefits program. Often, just a small single digit of the premiums paid by the plan sponsor is actually profit.

But does it actually affect my specific benefit program?

For a typical small or midsize business, every year the insurance carrier compares the premiums that were paid to the claims that were paid back to the employees. The cost of the program for the year ahead is directly tied to this ratio.

If those claims are inflated even by a small percentage due to fraudulent claims, it can have a notable impact on the program’s renewal pricing.  In short, illegitimate claims take available money away from legitimate claims. When programs become more and more expensive, guess what tends to happen? Benefits are reduced or removed, to help control the cost.

Is this actually a big deal?

The CLHIA’s stance on this is ‘fraud=fraud.’ It is fraud, it is a crime, and there could be actual legal consequences to this action. There is excellent information through CLHIA’s Fraud=Fraud campaign. The site outlines what actions constitute fraud, the consequences, and what you can do. https://fraudisfraud.ca/

With previous cases of benefits fraud, including the Toronto Transit Commission case where Manulife was scammed for millions in false claims, people have been fired and criminally charged. In that specific case, over 200 employees were fired and 10 faced criminal charges.

In a case of similar scale also in Toronto, 150 staff members either resigned or were fired due to their involvement in an approximately $4-5M benefits scam. In this instance, it was highly organized with the staff involved spanning multiple job categories.

In this case, one involved person stated to the press that they had been paying more into the plan than they were receiving in legitimate claims, so they therefore felt justified in their actions.  This is a common reason that is uncovered in these types of cases. However, like other benefits we gain in shared society (roads, schools, police, fire departments), some people benefit more than others in certain areas, and group healthcare is no different. Trying to make it ‘fair’ by defrauding your benefits program is a criminal act.

What you can do to help prevent fraud

Despite education of plan members, plan administrators, and sophisticated technology to detecting fraud, fraudsters persist. Here are a few quick tips on how to avoid and detect fraud:

Lastly, if you’re a plan administrator and you suspect your program claims are not all legitimate, we can help you to review the claims. As benefits advisors, we have access to tools and resources that can help determine if claiming patterns are normal, or if something unusual is occurring.

As always, involving an experienced benefits advisor to review your program is the best way to ensure you are making the most of your benefits dollars

The experts at the Immix Group can be reached at 604-688-5559 or online at info@immixgroup.ca. Or reach out directly to Lindsay at lindsay@immigroup.ca

At The Immix Group, we help companies of all sizes determine the Employee Benefits Companythat best meets the requirements of the business. Working with the industry’s major insurance providers, our focus is on innovative strategies and long term cost containment.

Keep up on our always evolving product features and technology. Enter your e-mail and subscribe to our newsletter.